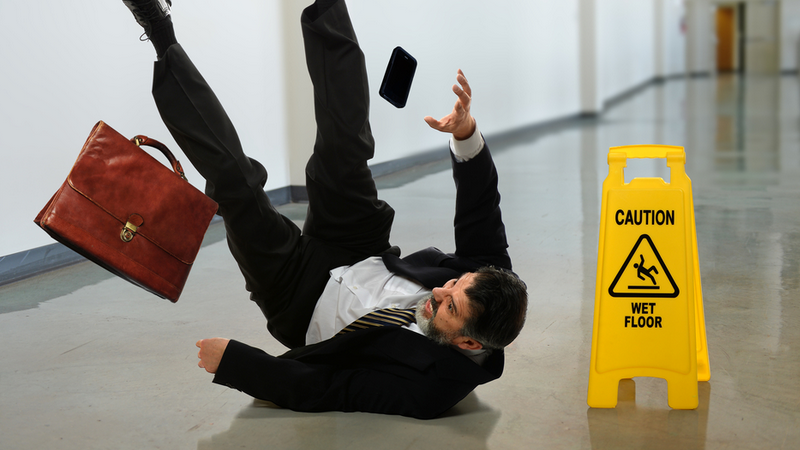 In Houston, TX, fraudulent “accident” cases occur almost daily, and whenever the least scintilla of suspicion is aroused, the services of a private investigator may well be worth the money it may cost to hire one.

After all, fraudulent lawsuits can frequently bring hundreds of thousands of dollars to “victims” and the tort attorneys who represent them. Many times, the insurance company is willing to settle out of court without admitting any negligence, just to have the matter over and settled, often at a fraction of what a sympathetic jury might demand.

One particular scheme is the “slip and Fall” routine. This is often carried out in a department store, but it might well be anyplace, anyplace that would appear to have plenty of accident insurance to protect the enterprise from just such problems.

Of course, real legitimate cases do arise. A wet floor, an electrical cord lying across a corridor or a loose or torn bit of carpeting; these and more can be the cause of a serious accident and can cost the company’s insurer a good deal of money as well as cause irreparable damage to the company’s reputation.

Famous businessman, Warren Buffet has been quoted as saying that it may take twenty years to build up a good reputation, and only five minutes to ruin it. He was probably right in that assessment.

In one case a mother and her young son were walking down the aisle in the children’s section of a department store when the child tripped on a length of electric cord that had been carelessly left lying in wait for some unsuspecting person to trip on it. He not only fell but cut his chin and tore some skin from his elbow.

Fortunately for the store and its insurer, the family was not one of those who keeps their attorney’s phone on speed dial. The store’s nurse patched the child up, and give him some candy and that, along with a hearty apology, brought the case to a quick and satisfactory conclusion. But it might well have gone another way.

In fraudulent cases, the setup would normally be different. Preparation is the key word here. First, the groundwork must be laid. Perhaps someone inadvertently spills a soft drink or something even more dangerous onto a floor. Next, standing nearby with a cell phone in hand, a “witness” will be ready to record what happens next.

Next, the “unsuspecting” victim will “slip” and fall claiming severe injury. He/she cannot even get up. A companion will insist that the victim needs an ambulance and a ride to an emergency room for treatment. Meanwhile, the witness with the cell phone has a record of what just occurred and perhaps other “witnesses” will now step forward as well, claiming to have seen the entire incident.

Granted, all this may seem very convenient from the standpoint of the victim lying on the floor, it may be hard to prove fraud unless a trained private investigator is brought into the case.

The investigator will not only review the entire matter, but study any photos, and in addition, an investigation into the background of the witnesses, the person with the cell phone and the actual victim as well, may prove extremely fruitful.

Slipping and falling is one very common ploy, but there is an endless number of others as well. Choking on food in a restaurant, finding worms in the salad, other sorts of wildlife in food at the table, and some have gone much further.

There have been cases where people have actually grated their arms raw with a food grater, then gone into a crossing and by “bumping” into a car as it begins to move, they fall to the ground, and now, with a raw and bleeding arm or whatever, they have a surefire insurance settlement coming. Or do they?

A good investigator can and will find out and perhaps save the insurer thousands of dollars. Whenever there is the slightest suspicion of fraud, a prudent company will call in the services of a trained private investigator. It will be money well-spent.