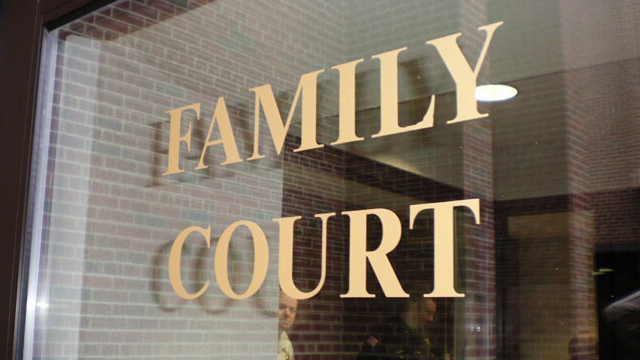 We Live in Galveston, TX

My name is Elise and I am a proud mother of two sons who are living in Galveston, Texas. I’m also divorced after my ex-husband found success in business and decided to move on from his responsibilities. I’ll try to be fair here when explaining the situation because this story is not really about my situation in particular, but about the way the State of Texas handles child support decisions and the entire process itself. Don, my ex, is hardly an angel but he’s going by “the letter of the law” when it comes to child support, which can be a real pain in the rear.

I am a college graduate, and consider myself to be reasonably intelligent and educated. I was left to raise my two boys – OK, our two boys – after we had a difference of opinion on how much time he was spending at work to become “successful” in his eyes. That difference of opinion led to him spending more time at the office (presumably) and less time at home with the children. The handwriting was on the wall, and he would move out – and on. The divorce papers came about a month after he moved out.

The court date arrived, and at the time we were both working out of necessity. He was bringing home about $30k a year and I was making about the same. The combined incomes were good enough for making ends meet, but without his income both of us knew I would be struggling financially on my own with the two children. The court awarded me custody of the kids, with visitation rights to Don and the requisite child support based on his current income.

That is where the problem comes in. About five months after the final papers were signed, Don “surprisingly” gets a serious promotion and his annual salary doubled. More than just the raise, he also gets the opportunity to make additional income via a structured commission arrangement, giving him far more earning power. But, as I mentioned at the beginning, he followed “the letter of the law” in paying child support, which left me in the position of going to court and seeking an increase.

I started looking into solving the problem by myself. After doing a quick review of the required forms online, it didn’t seem like it would be much of an administrative problem. Happily, it wasn’t, so I did my duty and unfortunately had to plan to take a day off from work to appear in at the Galveston County family court. As expected, the Attorney General’s Office sent me a document requesting I attend a Child Support Review Process meeting with Don. What was unexpected was the purpose of the meeting was not to actually require him to increase the child support payments but to work with the parents and negotiate terms of child support and visitation without going to court.

This seems like a good idea, but since Don had visitation rights and was adhering to the letter of the law with regards to his monthly child support payments it was clear that going to court was a necessity, not an option. Essentially, this was a waste of my time. After arriving at the meeting, the Attorney Generals representative decided on the blatantly obvious course of action. We were going to court. But I was without a lawyer since I decided to go it alone.

I have waited more than a year to have my case heard in front of a judge. Don has a lawyer, and apparently a very good one, as he has been able to avoid any voluntary or mandatory increases in child support. I continue to struggle, and as the kids have gotten older, their financial needs for school have increased dramatically. Then there is thinking about starting to save for college, which always seems far away but the next thing you know it is on your doorstep. Don says that I shouldn’t worry about college. It’s too early, and he will be happy to help when the time comes. If I believe that, then it’s fair to ask why he isn’t helping now when his kids need it.

There is a lesson to this story. Court order modifications are never as easy as they seem in Texas. I have learned this the hard way. Going by the rules is fine, but your goal is to get results. Every single parent who is raising their children after a divorce hopes that their ex will actively engage in the responsibilities of raising their children. The same belief extends to the court to treat the custodial parent fairly when it comes to child support. The reality is: be prepared for both of them to let you down.

Contacting an experienced, professional law firm that will do the work for you and leave you to move on with your daily life is your best choice. Notice I said “firm.” The problem with a Lone Ranger type of attorney, especially if you have very young children, is that they may not be there 10 years from now. But your children will be.